Zelensky spoke with Steinmeier after canceling his visit to Kyiv

The conversation between Zelenskiy and Steinmeier helped overcome “annoying factors” in relations between the two countries. In mid-April, Steinmeier said that he wanted to go to Ukraine, but he was informed that he would not be welcome in Kyiv 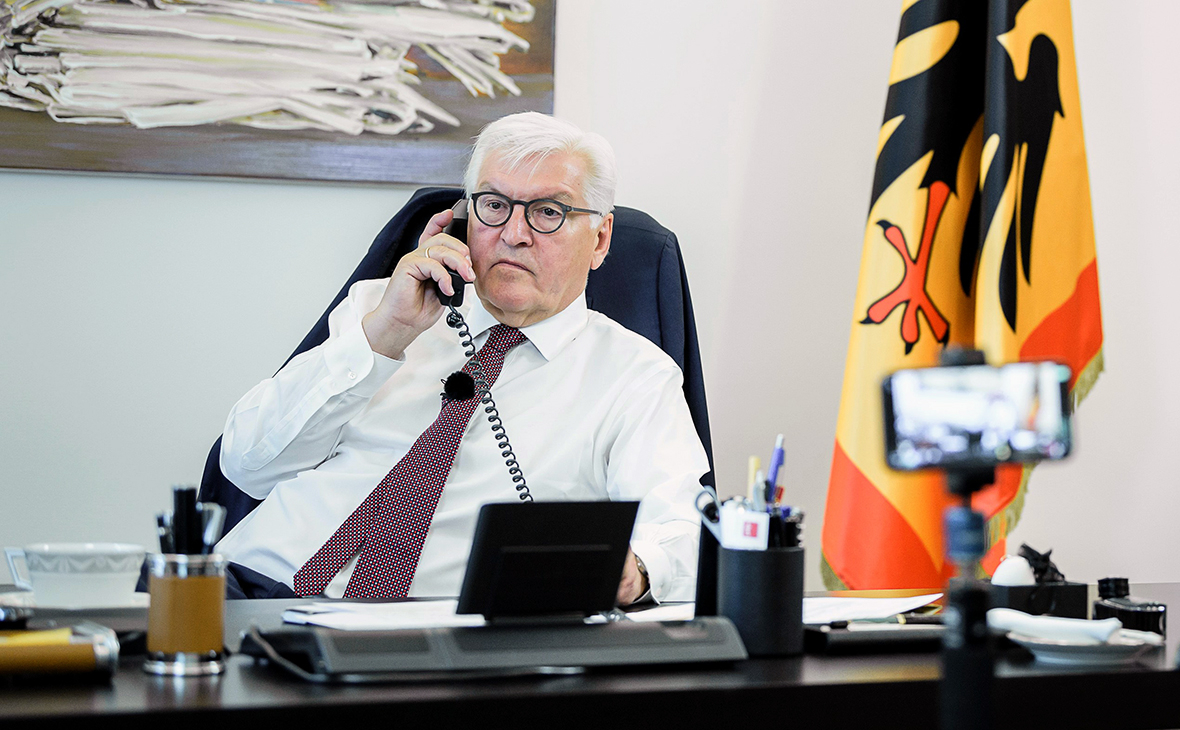 “Both leaders called the conversation very important and very good. Annoying factors that were in the past are eliminated. The two presidents agreed to remain in close contact,— the message says.

Steinmeier intended to visit Kyiv in April along with the presidents of Poland, Lithuania, Latvia and Estonia. The visit, which took place without Steinmeier, was supposed to demonstrate “pan-European solidarity”; with Ukraine.

However, as Steinmeier himself said, “Kyiv did not want this.” According to the president, he “wasn't ready” to such a reaction of the Ukrainian authorities.

According to Bild sources, the reason for refusing to receive Steinmeier in Kyiv was “close ties”; President of Germany with Russia in recent years, as well as his support for the Nord Stream 2 gas pipeline project.

German Chancellor Olaf Scholz then said that Kyiv's decision “causes irritation” and it would be more correct to accept Steinmeier. On May 4, Scholz said in an interview with ZDF that he himself could not come to Kyiv until President Steinmeier had been there. “The fact that the President of the Federal Republic was refused to be invited is a problem. And this is on the agenda,»— Scholz said. He recalled that Berlin provides financial and military assistance to Kyiv and can become a potential guarantor of its security. “You can't say: the president can't come,” — concluded the Chancellor.

Ukrainian Ambassador to Germany Andriy Melnyk then called German Chancellor Olaf Scholz “an offended liver sausage”. Earlier, the diplomat criticized Germany for the fact that not a single representative of the federal government of the country has visited Ukraine since the start of hostilities. In his opinion, this indicates the “sluggishness of German policy.” The ambassador clarified that his criticism does not concern Scholz personally, but the entire German government. In the situation in which Ukraine finds itself, quick solutions are needed, but “Germany is still fighting with itself,” the Ukrainian ambassador believes.

In 2021, Steinmeier spoke publicly about the need to maintain ties with Russia, despite difficult relations with Western countries and the annexation of Crimea.

However, in mid-February 2022, before the start of the special operation, Steinmeier said that the risk of war over Russia was growing in Eastern Europe, and called on President Vladimir Putin to ” ;untie the noose around the neck of Ukraine». In early April, he called supporting Nord Stream 2 a mistake. “We have failed in our attempt to include Russia in the overall security architecture”, — said Steinmeier.