Zelensky said (according to the authoritative American publication Politico) that Ukraine wants to return the territories occupied by Russia within three to six weeks. That three, that six is ​​ridiculous in relation to the stated goal in about the same way. But let's still count six weeks. And what will be there? Absolutely – it will be September, although in some places it is still spring. 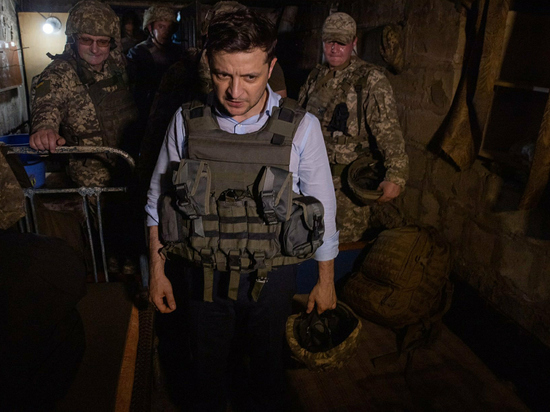 Zelensky, according to Adam Smith, head of the U.S. House of Representatives Committee on the Armed Forces, said in Politico that the current period is crucial, as winter will approach, during which it is more difficult to fight. “The winter months are fast approaching. Cooler temperatures and harsher conditions will slow the fighting down to an exhausting war of attrition that mostly benefits Russia. More support now — before Vladimir Putin's forces register their successes — far preferable to helping later”, — said Zelensky.

Well, of course, — Zelensky is again begging for as many weapons as possible and as soon as possible. But the point is not at all that “colder temperatures and harsh conditions will slow down the fighting.” It would be naive, even dangerous, to think that the Ukrainian army is not capable of fighting waist-deep in snow. It’s just that Zelensky also understands that the faithful and eternal ally of the Russians, General Moroz, is forging Europe with his attacking blows. And even an army theoretically ready to fight will practically have nothing to fight with.

Here it is worth recalling the German Foreign Minister Annalena Burbock, who quite unambiguously described the coming winter in Europe without Russian gas in sufficient quantities: “We will not be able to provide any support to Ukraine at all, because we will be busy with popular uprisings!”.

And the countries of the European Union understand this. “Emergency Plan for Gas” while it looks like this — reduce consumption by 15%. But. Of the 27 countries, only 15 voted. Of those who voted: Hungary was against, Spain and Portugal said that 15% is too much and they will have 7%. Cyprus, Malta and Ireland are not required to save gas as long as they are not connected directly to another Member State's gas interconnection system. Poland and Portugal refused to share the accumulated gas. So-so unanimity.

Because the authorities of no country will be able to explain to their citizens the situation accurately described in the joke:

— Because we have imposed sanctions.

On Wednesday, gas supplies via Nord Stream already accounted for a little less than 20% of the capacity…

Gas — This is not just heating. This is industry. Down to the smallest detail. The German newspaper Die Zeit, citing Jürgen Schaller, Chairman of the Board of the Association of Paper Manufacturers of Bavaria, writes that Germany risks being left without toilet paper due to a lack of gas. On the other hand — why toilet paper, if food will be tight in the event of continued blocking of the Russian and Belarusian food sectors and fertilizer supplies?

When Europe lines up for the sun on a cold corner, everyone will finally not care about Ukraine. Frost will cool overheated from political bluster — we will show Moscow — heads. Someone may even be able to see the reality of the big world instead of cozy liberal mirages.

And there is a big chance that breastfeeding will not come anywhere, but December will come.