Why are monuments erected to public transport?

Weekly “Arguments and Facts” No. 17. The highlight of the program. How import substitution works and what Russia can do on its own 27/04/2022

In Novosibirsk is going to put tram No. 13 on a pedestal. What is so famous for? 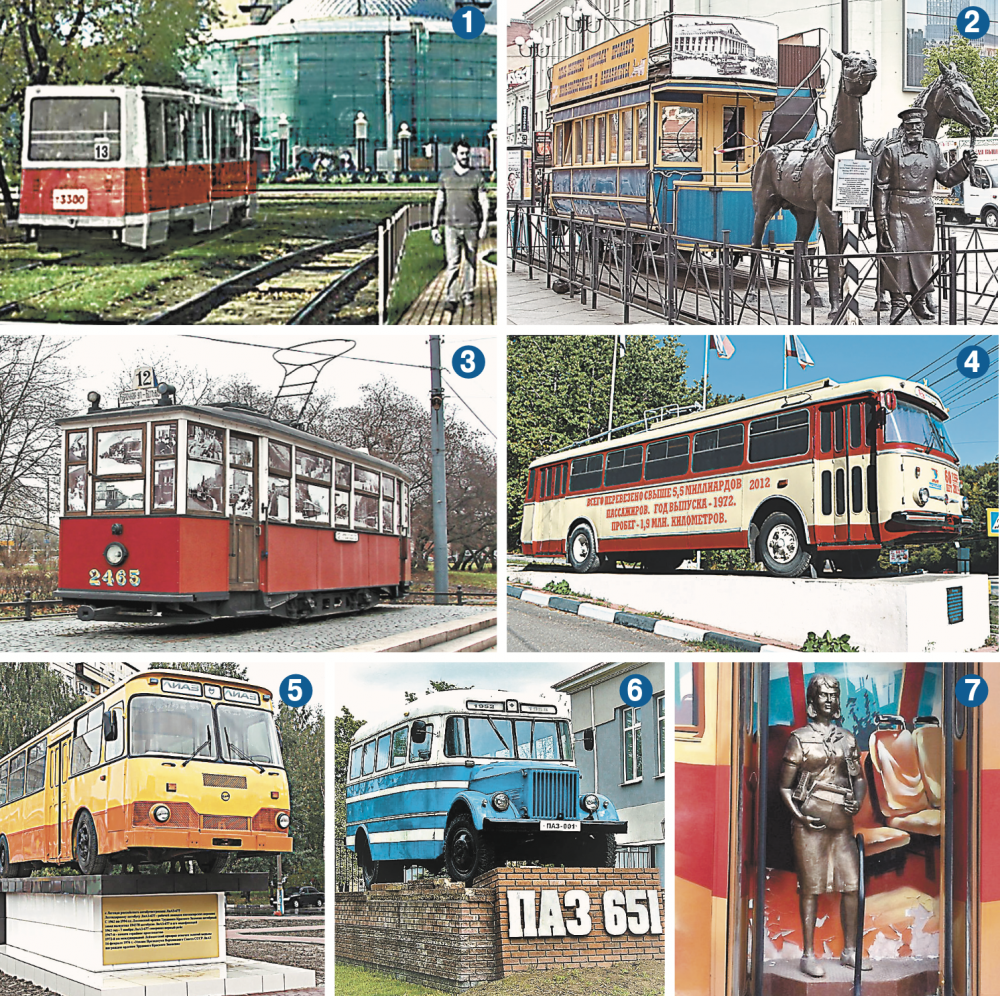 Trams of the 13th route so often got into the reports of traffic accidents that they were overgrown with urban legends about unlucky numbers. Therefore, it was decided to make one of old trams running along this line an art object of the Novosibirsk Central Park ➊. Inside, they plan to open a mini-cafe.

In Petersburg there is a monument to a two-story horse-drawn carriage ➋, which transported people for half a century, starting from 1860  (an exact copy was recreated according to the surviving drawings). And still in the Kirovsky district of the city there is a monument to the besieged tram ➌. It was the only type of public transport during the blockade. During all the days of the siege, Leningrad trams stopped only once (from 8 December           April     , 1942 g.).

In Crimea (on Simferopol —Alushta —Yalta highway) in 2012  erected a monument to a trolleybus produced by the Czechoslovak Skoda ➍. Trolleybuses “Skoda” over 60 years (from 1959 g.) 5.5 billion passengers were transported along the longest mountain trolleybus route in the world (96 km).

The most massive worker bus in the USSR LiAZ-667 ➎ was erected on a pedestal in several cities at once: Yaroslavl, Volokolamsk, Tolyatti, Kazan, Pskov. From 1967 to 1994  200 & nbsp; thousand were produced. such buses. Single copies still drive along Russian rural roads.

There is a monument to the first  pazik — PAZ‑651 ➏, from which the history of the Pavlovsk Bus Plant began in 1952. It stands at the factory entrance.

A in Tyumen decided to perpetuate the almost disappeared profession of conductor ❼. A tired look and a shoulder bag — the image of the heroine was sculpted from several women who worked on city routes.