What Duleep Singh did wrong

Deputy director of the National Economic Council of the White House Duleep Singh will soon be poisoned on indefinite leave, several authoritative American media reported at once. Although the name of Singh in the media space (at least in Russia) pops up infrequently, it is he who is the official coordinator of US sanctions against Russia. Some reasonably call him one of the “architects” of Washington's sanctions policy. All the more interesting are the rather strange circumstances of Singh's temporary departure and the question of who will replace him. 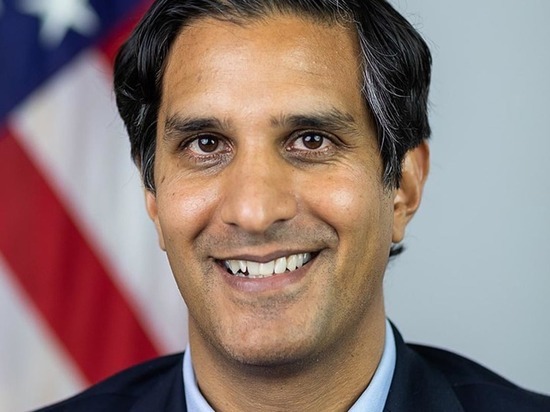 According to three interlocutors of The Washington Post and one Bloomberg source, the White House adviser will go on vacation in May. The preliminary explanation is “for family reasons.” The same wording may turn out to be final, since Singh is not obliged to disclose the details of the reasons that prompted him to decide to temporarily (and the period of leave is unknown) leave the post.

He has been in the position of deputy director of the National Economic Council of the White House for a little over a year – since February 2021. In Barack Obama's second term, he served as Assistant Secretary of the US Treasury Department (US Treasury) for Financial Markets. And before that, he was noted as an executive vice president and head of the “market group” at the Federal Reserve Bank of New York. So he is well aware of banking and everything related to finance.

Back in Obama's time, Singh was one of those who participated in the development of anti-Russian sanctions. However, by that time (2016-2018), the United States had somewhat slowed down the sanctions, and with the coming to power of Donald Trump, who focused on other issues, an experienced economist was predictably out of work.

President Joe Biden, following the path of Obama, relied heavily on the staff of the former boss when compiling his team, and Singh again found himself in demand.

In fact, his position implies coordinating anti-Russian sanctions in the financial and economic sphere, and both inside USA, among US agencies, and abroad, with European and Asian partners.

Of course, Singh does not act alone, relying on a staff of other advisers and holding countless consultations with relevant departments, but it is his ideas that are considered the basis of the phenomenally tough measures taken by the Biden administration. In particular, he put at the forefront the thesis, then voiced more than once by Obama, Biden and other politicians, about the dependence of the Russian side on foreign high technologies and the need to disconnect the Russian Federation from these channels. As a specialist in banking, he also initiated a ban on transactions with the Central Bank. The American press emphasized that before Singh, no one could seriously think about falling under the sanctions of “an organization as large and so important for the world economy” as the Central Bank.

In this context, the circumstances of the departure of a specialist look at least strange. Analysts admit that it’s not about “family” issues at all, but that under Singh, sanctions led to damage not only for Russia, but also for the United States itself, so now it would be appropriate to unobtrusively remove him from this direction. In favor of the fact that someone in Washington is dissatisfied with the economist's decisive actions, the time of his vacation also speaks. “They don’t change horses in the middle,” but Singh can leave at a critical moment.

Another possible reason for the vacation may also follow from this. Sources note that Singh has tritely exhausted all the tools for sanctions pressure: experts have pointed out this for a long time, even when Biden put all the cards on the table in a short time, up to the oil and gas embargo. It is logical that in these conditions the White House needs a new vision of the future course.

Finally, there is also a conspiracy version. The fact is that unknown people broke into Singh's house in February, just a few days after the start of the Russian special operation in Ukraine. However, according to official data, nothing indicates a connection between the crime and the government work of the official.

Among the possible successors to Singh, Mike Pyle is named in the first place. He serves as Senior Economic Adviser to US Vice President Kamala Harris. His work experience is no less serious than that of Singh.

Pyle was head of investment strategy at the powerhouse BlackRock Investment Institute (BII), having previously spent five years in the Obama administration. In this capacity, he “advised the president as well as every member of his economic team, and was directly involved in many of the most important international and domestic economic issues of the first term of the Obama presidency, including the administration's response to the eurozone crisis, managing the financial and economic relations between the United States and China. , drafting and enacting a landmark health care reform law and an economic recovery law,” the official biography on the BII website reports.

Thus, despite the predicted departure of one of the “architects” of sanctions from White, the general course of is likely to undergo only technical adjustments. It is also possible that Pyle's experience in the Asian direction will play a role in further increasing pressure on China, which for the United States is not only “comes along” with Russia, but is, according to Russian experts, a strategic threat, not a situational one.