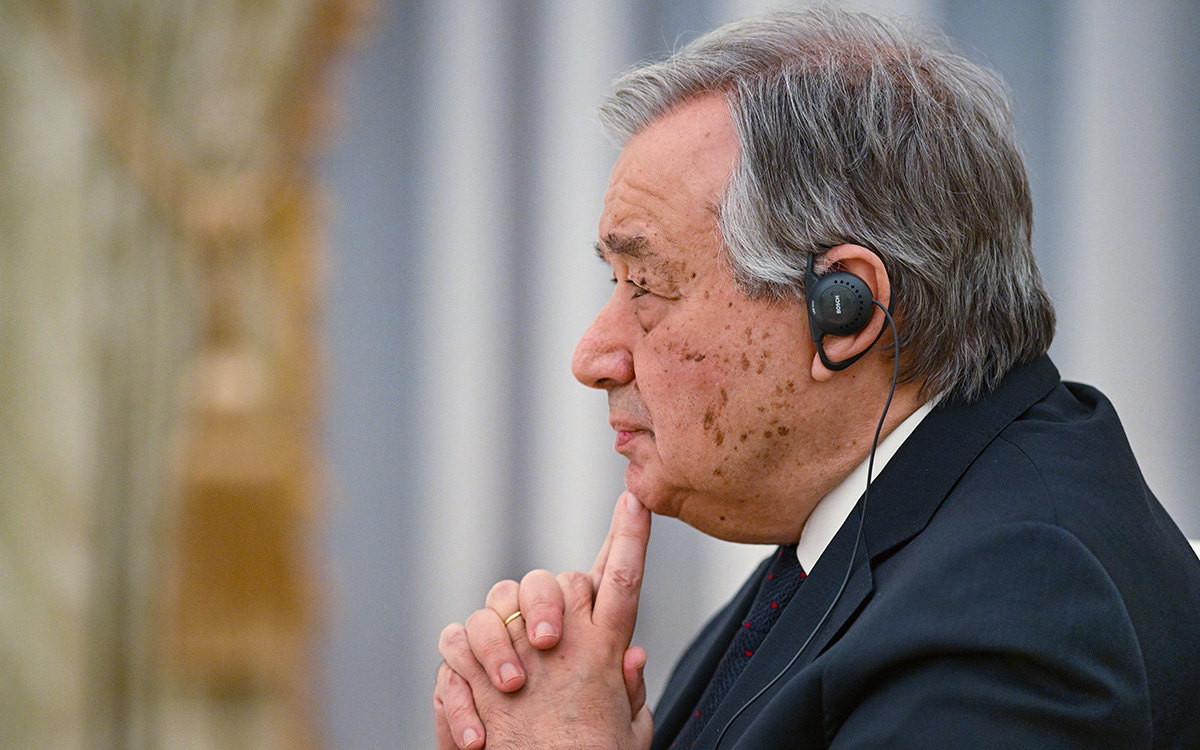 Russian President Vladimir Putin agreed with the proposal of UN Secretary General António Guterres to involve the International Committee of the Red Cross (ICRC) in the evacuation of civilians from the Azovstal plant. in Mariupol. This was announced by the office of the UN Secretary General.

“The President agreed in principle to the participation of the United Nations and the International Committee of the Red Cross in the evacuation of civilians from the Azovstal plant.” in Mariupol»,—

The UN indicated that further discussions on this issue will be held with the UN Office for the Coordination of Humanitarian Affairs and the Russian Ministry of Defense.

On April 25, Deputy Prime Minister of Ukraine Irina Vereshchuk asked for UN mediation in the evacuation from the Mariupol plant. In Kyiv, according to her, they are calling for representatives of the Red Cross and the UN to be in the humanitarian column, and Guterres himself should act as the initiator and guarantor of the humanitarian corridor for civilians.

Mariupol was in the area of ​​hostilities almost from the very beginning of the Russian military operation, the beginning of the assault on the city was announced at the end of March by the head of Chechnya, Ramzan Kadyrov. By mid-April, he said, Russian forces had occupied 98% of Mariupol. On April 13, the Ministry of Defense reported on the encirclement of “the remnants of Ukrainian troops and Nazi units located in the city.” at the Azovstal plant, and on April 21, Defense Minister Sergei Shoigu reported to Putin about the capture of Mariupol.

Ukrainian authorities report that, in addition to the military, there are civilians, including women, on the territory of Azovstal and children. Such statements were made, among other things, by Mikhail Vershinin, the head of the Mariupol patrol police, and Lyudmila Denisova, Commissioner for Human Rights of the Verkhovna Rada of Ukraine.

On the morning of April 25, the Russian Ministry of Defense announced the opening of a humanitarian corridor for civilians from Azovstal. “If civilians are still at the metallurgical plant,” the ministry said, then the Ukrainian authorities need to stop using them as “human shields”; and order the military commanders at the plant to release them immediately.

“This statement will be continuously communicated to the Ukrainian formations at Azovstal” via radio channels every 30 minutes, — reported in the Ministry of Defense.

President of Ukraine Volodymyr Zelensky said on April 21 that the Russian side was offered several options for the evacuation of people from Mariupol, among which were the exchange of prisoners and the participation of intermediaries, but Moscow did not agree.

During a conversation with his Turkish counterpart, Recep Tayyip Erdogan, Vladimir Putin expressed confidence that the Ukrainian authorities should “assume political responsibility”; for the military blocked at the Mariupol plant. “Military” prisoners are guaranteed life, medical care and treatment in accordance with international legal norms, — reported in the Kremlin. Putin also assured the President of Turkey that Mariupol “is liberated and there is no fighting there.”