The impact of the Ukrainian conflict on the Korean Peninsula is revealed: “It’s time to get a bomb”

“North Korea certainly won't give up its nuclear weapons”

The Korean peninsula has been one of the planet's pain points for decades. But with the beginning of the Ukrainian conflict, the contradictions in this region have become even more acute. Military tensions between North and South will increase, and the positions of global players will become tougher. Experts of the Valdai Club, who took part in the discussion timed to coincide with the release of the Valdai Report Return of History. The Cold War as a Guide to Contemporary International Crises" 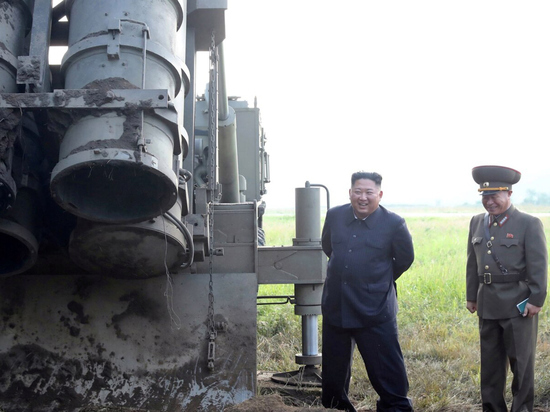 “The special military operation of Russia in Ukraine has given the issue of North Korean nuclear missile preparations a number of significant new nuances and accents,” comments the Valdai Club expert, Ambassador Extraordinary and Plenipotentiary of the Russian Federation to the Republic of Korea (2005–2009), Vice RIAC President Gleb Ivashentsov. – As for South Korea, the idea was firmly established there that now North Korea will definitely not give up nuclear weapons. They say that earlier the examples of Iraq and Libya served as arguments in favor of the need for Pyongyang to have such weapons, now Ukraine has been added to this row.

The events in Ukraine also gave impetus to the discussion about the nuclear-free status of South Korea. Both the right and the left in Seoul believe that the US and the West have surrendered Ukraine by refusing to seriously defend it. The question is asked: what will be the fate of South Korea if it gets into a serious conflict with the DPRK or China. According to polls, 70% of citizens believe that their country urgently needs to acquire its own nuclear bomb. Moreover, this opinion is again shared by both the right and the left.

– I think that means. It should probably be recognized that no threats, as well as no promises of economic benefits, will force the North Korean political elite to completely abandon nuclear weapons, which they consider the key to their own political, and possibly physical survival.

We could probably only talk about reducing the severity of the North Korean nuclear problem, say, by concluding a compromise agreement, according to which North Korea would retain a certain number of nuclear weapons, but would freeze its nuclear program and, possibly, physically eliminate part of the equipment that plays a key role in this program. But such an agreement, in essence, would essentially mean the recognition of the DPRK as a nuclear power and would be a step towards the erosion of the nuclear nonproliferation regime.

In general, one gets the impression that not only the solution, but simply the discussion of the North Korean nuclear issue is now more difficult than ever before. The veto by Moscow and Beijing on the American draft resolution of the UN Security Council on missile tests of the DPRK on May 26 of this year showed that differences in Russian-American and Sino-American relations turned out to be a higher priority than joint condemnation of the DPRK.

– Russia's position on the nuclear issue of the Korean Peninsula cannot be divorced from its relations with both Korean states. South Korea's response to a special military operation is in the same vein as the United States and its closest allies. Seoul, however, did not impose sanctions against specific Russian figures and did not send weapons and ammunition to Ukraine. The Republic of Korea is the weakest link in the united front of the developed powers opposing Russia. And this link should not be missed.

In turn, the DPRK is one of the few countries that unequivocally supported Russia in its actions in Ukraine. She voted against the condemning UN resolution and has spoken out several times in support of the special military operation at the bilateral and international levels. She finally recognized the Donetsk and Lugansk people's republics. Therefore, it would be worthwhile to somehow encourage Pyongyang, for example, by refusing to blindly copy the sanctions pressure of the West against the DPRK – for example, to resume the use of North Korean workers at construction sites in the Far East and involve them in the restoration of the cities of Donbass – given the recognition by Pyongyang of both people's republics.

Commenting on the impact of the Ukrainian crisis on the situation on the Korean Peninsula, the Valdai Club expert, Director of the Asia-Pacific Center, Professor of the Graduate School of International Studies of Hanyang University Goo Ho Ohm notes:

– If the Ukrainian crisis drags on, then the interdependent relationship between the US-Japan and China-Russia will be further strengthened, and the shadow of a new Cold War may fall on Northeast Asia. Also, the possibility that Russia will strengthen its strategic relationship with North Korea cannot be ruled out. If that happens, resolving the North Korean nuclear issue will become more difficult, and the space for strategic cooperation between Korea and Russia will inevitably narrow considerably. There is a high possibility that relations between [South] Korea and Russia in general will worsen due to the tightening of US sanctions against Russia. It should also be noted that the current situation in Ukraine may have a negative impact on the denuclearization of North Korea…