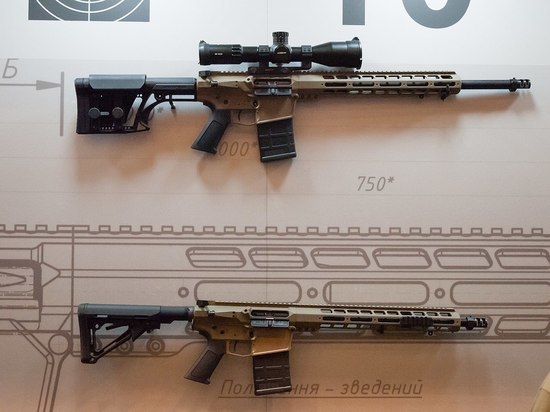 During a special operation in the Kharkov region and the Luhansk People's Republic, the Russian military seized a large number of Ukrainian sniper rifles “Ukrop” UAR-10 . As a source in law enforcement agencies told reporters, the weapons were successfully used against units of the Armed Forces of Ukraine (APU). The source reports that the rifles were used “quite successfully and effectively.” In battles, they proved themselves “quite well”.

The UAR-10 sniper rifle is a self-loading (semi-automatic) rifle with a rotary bolt and automatics based on the removal of powder gases produced by Zbroyar LLC. In fact, it can be considered an analogue of the American automatic rifle AR-10.

In the fall of 2012, Zbroyar LLC launched the licensed production of American AR-10 rifles at the Mayak plant in Kiev under the name Z-10.