Popcaan is doubling down on his criticism of Usain Bolt’s latest talent (or lack of) in relation to his venture into music. Fans were disappointed that the Usain Bolt and NJ song, “Living The Dream,” only had NJ singing while Bolt only made a cameo appearance giving his favorite hand signals and being featured as the main actor in the video.

Many praised Popcaan for being honest – “nuff a unu need friends like Popcaan some a unu fren dem na tell unu she unu song nuh sound good,” one fan defended Popcaan. However, others criticized Popcaan and even called him badmind but Popcaan doesn’t care. The artiste posted to his story “me done say wey me say and me nuh bomboc***t sorry,” he posted to his Instagram stories. 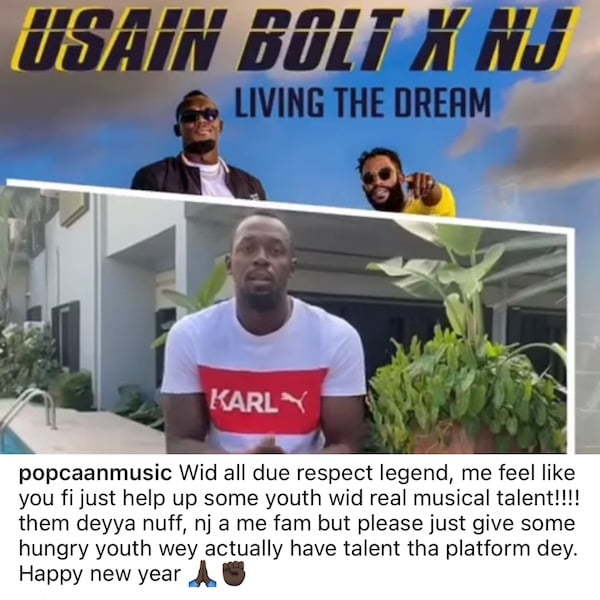 Popcaan has been known to be a straight talker, but it seems that fans don’t appreciate the way he approached the situation. “Popcaan have a point still but at the same time I think Bolt has earned the right to do whatever makes him happy at this point in his life (remember when him did ah play ball? Lol) also thi nuh haffi be one or the other. He can be an artist and also develop artists,” one person reasoned on Twitter. 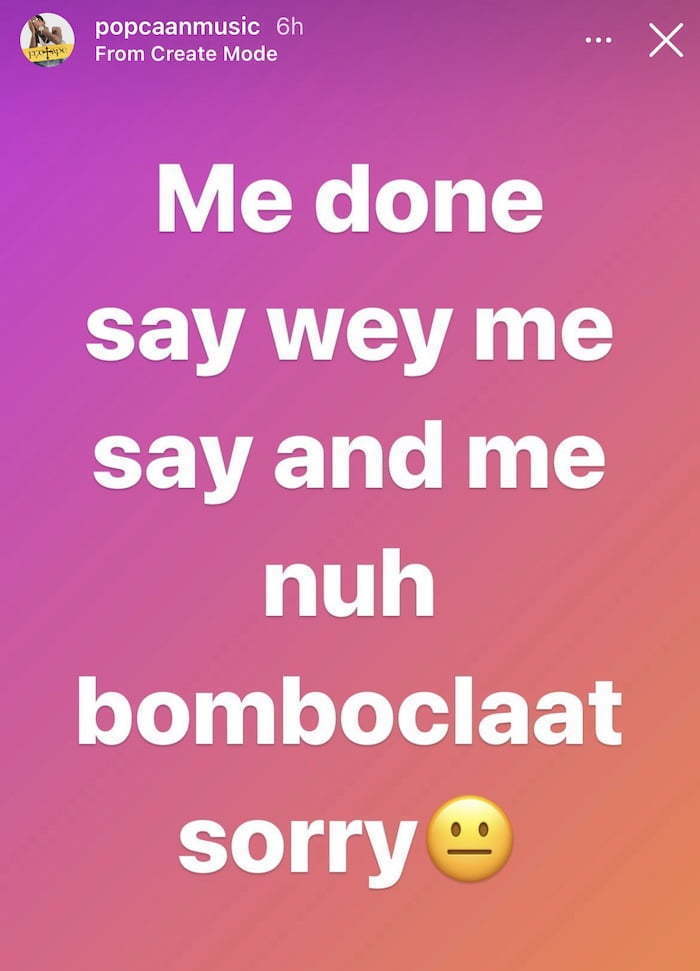 Another felt that Bolt should heed Poppy’s advice since he could relate to it in his sports field, “…he [bolt] clearly thinks he has talent and that’s why he has made an effort to get it produced and encouraging others to purchase his music. He is disrespecting true talent out there. Same way no one can come in his lane of track and field and water down the thing, he can’t do the same in music. He has ZERO formal training…..waste of time,” another person commented on Instagram.

It seems that Bolt and Popcaan aren’t as connected as others felt. Many suggested a private phone call or a DM, but Popcaan isn’t following Bolt on Instagram. However, of Usain’s 238 people he follows, Popcaan is one of them.

Meanwhile, it seems like Usain has received the approval of the unrivaled King of Dancehall- Vybz Kartel, who commented on Bolt’s video of himself and Kasi B in the studio “A who dat #usainboltel” with a laugh and fire emojis.