No palmistry. A scientific method for hand diagnostics has been developed 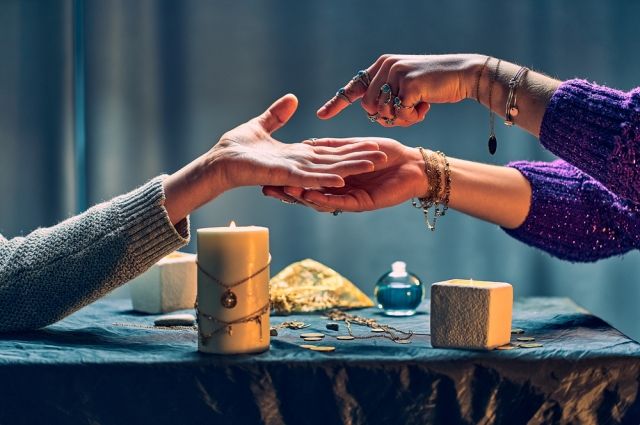 You can jokingly call this scientific palmistry, but     the lines of life and death on the palm this method has nothing to do. Diagnosis is strictly scientific, its accuracy has been proven in serious studies, and it is easier to perform than divination by hand.

This diagnostic method was developed by Austrian scientists. It is very simple, it suffices to measure the strength of the hand with using a dynamometer, and then compare this indicator with gender, age and height on a special chart made specifically for this. This is enough to predict the number of years left to live.

Austria conducted an experiment on the Americans

The study was carried out and developed on its basis by the scientists of the Wittgenstein Center for the Study of Demography and Global Human Capital in Vienna. A  "guinea pigs" there were 8156 Americans aged 50-80 years. Women and men were equally divided. They followed their fate for 8 years, and using complex statistics, it was possible to create a reliable model for predicting life expectancy depending on handshake strength.

It cannot be said that scientists from Vienna “discovered America”. For several years, gerontologists have been measuring their hand strength using so-called dynamometers to assess the life expectancy of their elderly wards. The test shows how severe they have sarcopenia — loss of muscle mass. This is the same companion of aging as vascular damage or deterioration in brain function. The strength of the hand says more about the true age of the body than the date of birth indicated in the passport. After all, people age individually, some earlier and faster, others — later and slower.

Therefore, back in 2010, the European Working Group on Sarcopenia in the Elderly (EWGSOP) recommended that it be mandatory to determine the strength of the brush press, and even set the lower bar at 27 kg for men and 16 kg for women. If the patient did not press up to these numbers, he was diagnosed with sarcopenia. But this is a very rough and primitive estimate, because it took into account only the gender of the person, and the strength of the brush depends on many factors. For example, in 60 and 70 year olds it differs a priori, in high and low — too. Therefore, Austrian scientists improved it by tying the indicator to age height.

Additionally, they discovered that the method is more sensitive than previously thought. And & nbsp; it means that even by a slight deviation of the strength of the brush press from the age norm, one can suspect the onset of aging of the body. Their data make it possible to determine this in people, starting from 50 years. It was this age that was the minimum in the study. But it seems that the age bar needs to be lowered even to 40 years,but this requires additional observations.

Due to this, the improved test can be used not only for diagnosing sarcopenia in the elderly, but and to detect still subtle signs of this condition, starting from 50 years. And & nbsp; means, and & nbsp; for a very accurate prediction of life expectancy.

It is important that the earlier signs of incipient aging are identified, the less fatal life expectancy — a person has the opportunity to work on mistakes, and push back his final in time.

How might this look in practice? For example, a 50 years old patient comes to the doctor, and using the method of "scientific palmistry" determines his biological age. On the basis of the strength of the hand press, age and height, according to a special chart, the forecast of the remaining life expectancy is determined. Basically, this is connected with three variants of a person's state:

And here is a specific example that Austrian scientists cite in their article in the famous BMJ magazine. A 60-year-old man with a height of 175 cm has a brush press force of 45.8 kg. This is slightly below the norm for his age, it is 45.9-49.4 kg, and according to the forecast, such people still have 21.4 years of life ahead of them. Since, the patient's hand strength is slightly lower, and fate promises him less — 18.4 & nbsp; years. And if he squeezed out by hand less than 38.7 kg, then he would remain no more than 16.5 years. Please note that this poor rate is even higher and better than the current European Sarcopenia Working Group guidelines. And and the the the the patient would not have been diagnosed, and he fell into a group of people with a good prognosis.

Thanks to the new method, the patient has not only a forecast predicting how much he has left to live, but also his own destiny. Anyone can push back the age of death by changing their life. Some people are skeptical about this (we all remember the joke “who doesn't smoke and don't drink will die healthy”). This is neither the  best nor smartest approach. The point is that fighting for life can be more enjoyable than burning it. Giving up bad habits, proper nutrition and  physical activity make a person healthier both really and subjectively — that is, he feels better, perceives life more fully and more satisfied with it. This is what is called healthy aging. And it is better than old age burdened with diseases.

The technique has been developed and most likely, it will soon be introduced into practical medicine. Doctors will start using it. And of course, the test methodology and diagram for its decoding will be merged into the Internet, where everyone can use it for personal purposes. Moreover, it is not difficult.