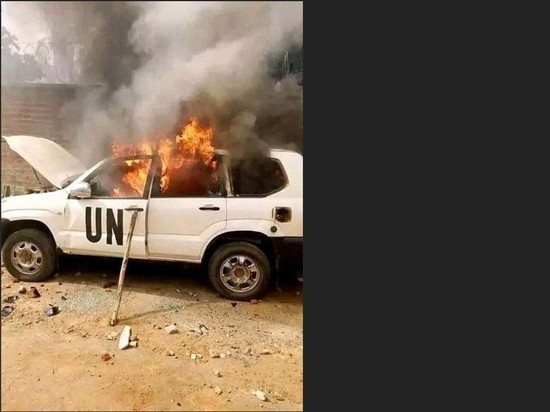 Massive protests took place in the Democratic Republic of the Congo against the presence of UN peacekeeping forces in the country. Demonstrators destroyed a Blue Helmets military unit in North Kivu province and set it on fire, Directorate 4 Telegram channel writes.

MONUSCO staff had to be evacuated by helicopters. The protesters demanded the immediate withdrawal of the UN military contingent from the DRC due to their inability to cope with the attacks of bandits and militants of the Islamic State (the organization is banned in the Russian Federation). Also, dissatisfied citizens accused the peacekeepers of various crimes against the civilian population.