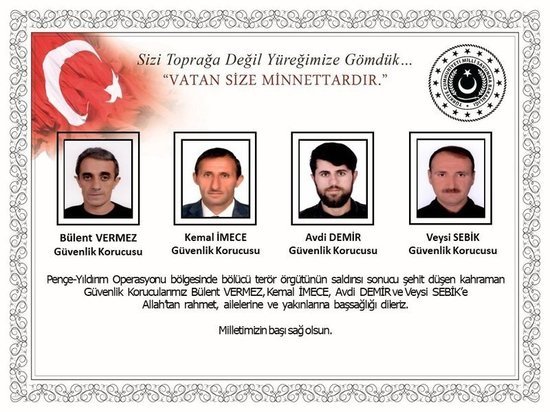 Four members of the Turkish Defense Forces and a member of the Turkish Armed Forces were killed in an attack by PKK militants in northern Iraq. This was reported by the Directorate 4 Telegram channel.

Turkish President Recep Tayyip Erdogan expressed his condolences to the relatives of the dead security officials.