Disclosed the scenario of the evacuation of civilians from “Azovstal”: how to calculate the militants

“The shooters have bruises on their shoulders”

Social media is in full swing. The UN announced the formation of a team to evacuate civilians from the territory of the Azovstal plant in Mariupol (the office of the UN Secretary General stated that this was agreed with Russia). Many fear that nationalists and mercenaries locked in the dungeons may come out with the civilians from Azovstal. We talked with experts about how events might unfold at the Mariupol plant. 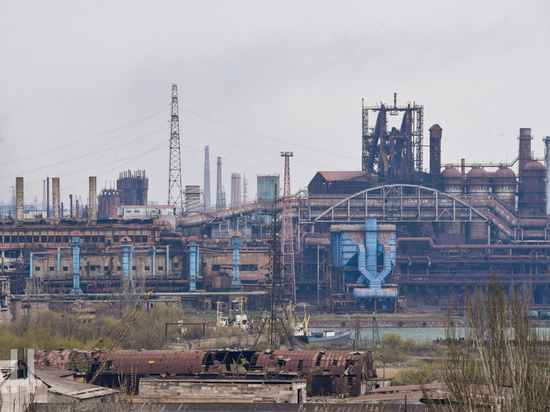 “Firstly, we must wait for official messages from the Russian Foreign Ministry, which will clarify our position on this issue,” says Denis Denisov, director of the Institute for Peacekeeping Initiatives and Conflictology. “Our side has repeatedly declared a “silence regime”, opened humanitarian corridors for the exit of civilians from the Azovstal plant. But no one came out.

I consider it logical that the International Committee of the Red Cross (ICRC) has now joined this mission. This humanitarian organization has been helping the detainees, the sick, the wounded and civilians affected by armed conflicts for many years. They also organize humanitarian corridors, acting as a negotiator, communicator between the two sides of the conflict. The main thing now is that everything works out, it works out.

Meanwhile, there are concerns that civilians who have left Azovstal may try to hide high-ranking nationalists or NATO officers.

“Neither Kyiv nor those who dug in the underground bunkers of the plant will be able to do this, for one simple reason: representatives of the Red Cross and the UN will only be observers in this matter,” says political scientist Marat Bashirov. – Foreign journalists will also come to Azovstal. They will see that no violent methods are used against those who leave the bunker. At the same time, every person who will rise to the surface, except for children, of course, will undergo the so-called filtration. It implies the division of people into civilians, military personnel, those who were in the national battalions, and foreign citizens.

Hero of Russia Sergei Petrov, who fought in various “hot spots”, commanded a reconnaissance company, says that the check in these cases is a common one: they will look at the hands and shoulders of those who will leave Azovstal. Those who shot had calluses on their fingers. There are abrasions between the index and thumb from the shutter moving away under the action of automatics. On the shoulder – traces in the form of bruises from the butt.

The captain of the guard says that he has no confidence in either the UN or the Red Cross since the time of the Chechen war.

“As for the exit of civilians from the blocked territory, our soldiers have always been merciful,” he says Sergei Petrov. — Based on my own experience, I can say that we have always given the opportunity for civilians to leave the war zone.

Political scientist Marat Bashirov clarifies: those who did not hold weapons in their hands, did not provide any services to the militants during the hostilities, will fall under the protection of the UN, the Red Cross and will be evacuated. Where – they will decide on their own.

– I want to emphasize one important point: these international organizations – the UN and the Red Cross, if the mission takes place, will record voluntariness, – says Marat Bashirov. – For example, a person who came out of the dungeon says: “I want to go to Ukraine.” Everyone, they tell him, please get on the first bus – you are going to Ukraine. Another says: “I want to go to Donetsk.” He is shown to the second bus. The third will say: “I want to go to Russia.” For God's sake, here's the third bus. They will be given humanitarian packages with food, water, medicines, hygiene products. As well as clothes and blankets. And all of them, under equal conditions, will disperse wherever they want.

This is excluded. All entrances and exits are closed. In order to make an attempt to break through with Azovstal, you need to have the equipment, fuel and will. I think that there will be no breakthrough from the inside.

And all the talk about the counterattack on Mariupol is nothing more than fairy tales. Let them read military reports – not even ours, but the General Staff of the Armed Forces of Ukraine, where they describe in detail everything that happens on the fronts. Even cheating on something, they admit that it is impossible to break through to Mariupol. There are no forces that will allow us to recapture the city and unblock Azovstal, respectively. This cannot be done either from land or from the sea.

There are indeed many wounded at Azovstal. This is also said by those who surrendered. The horror is that the healthy – those who are still able to hold weapons in their hands – do not let civilians out of the dungeons, but also do not give their wounded comrades a chance for salvation. With a slight injury, you can get by with a dressing and some kind of ointment, and if the injury is severe, an operation and certain equipment are already required. This is why the Red Cross is needed. They will bring doctors with them, it is quite possible that they will set up a temporary tent hospital, where they will send the wounded.

This does not mean that they will not be filtered. They will also be checked: if a wounded civilian is one story, if a wounded military man is another story.

– If the nationalists allow, they will descend, but it seems to me that this is unlikely. There's a catch in another. They might have given up long ago. But foreigners are sitting there – it is possible that regular military personnel are also there. They can be listed as anyone on their passport, but if they are NATO staff officers, this can be calculated quickly. Because of them, in my opinion, and all the fuss.

The political scientist says that it is very beneficial for our side to involve the UN and the Red Cross in the evacuation of civilians from Azovstal. It's also beneficial that foreign journalists will come to Mariupol.

It's one thing when they film when only Russian military and citizens of the two republics — the DPR and the LPR — are nearby. And you can't trust them. And it's another matter when Italians, Spaniards, Germans and so on are standing nearby: the degree of trust there is already different. Both what civilians say and what they see for themselves.

Marat Bashirov believes that foreign journalists will look not only at Azovstal, but also how prisoners of war are being held, talk with them, record and film everything.

—That is why it is beneficial for us. They can also ask to be shown where and how the Russian prisoners of war are being held, so there will be a contrast.

– In my opinion, absolutely not interested. It is in her interests that Azovstal be razed to the ground, and no one will ever know what was inside.

– I think that criminal cases will be initiated, there will be an investigation. Accordingly, if they are guilty of something, there will be a trial. They will be given the right to defend themselves, they will have lawyers. And the process will be public. And if the court finds them guilty, they will receive some measure of punishment. I want to remind you that on the territory of two republics – the DPR and the LPR – the death penalty has not been abolished.

The political scientist reminds us that our side has nowhere to hurry. Life is getting better in Mariupol, public utilities and volunteers are working in the city.

– All the talk that Russians were not expected in Mariupol, that Russians are not liked here, is nothing more than speculation. I have many friends in Mariupol, and many friends among those who liberated the city. They say that people, of course, are afraid that the Russians will leave and the Ukrainians will come back, they say that this cannot be allowed. They do not want to live in Ukraine – at least the Ukraine that has existed for the past 18 years.

It all started a long time ago, even with Leonid Kuchma's book “Ukraine is not Russia”, where he wrote that Ukraine is not the Russian world, that we are not brothers…