Alexey Pushkov on the information war: “We definitely won on the territory of Russia”

The senator described Russia's relations with the West

“We definitely won the information war on the territory of the Russian Federation,” Alexei Pushkov, chairman of the Federation Council Commission on Information Policy and Interaction with the Media, stated with satisfaction at a briefing on relations between Russia and the West, as well as the activities of the commission in the current political year. But victory in the global information war, the senator admitted, is still far away. 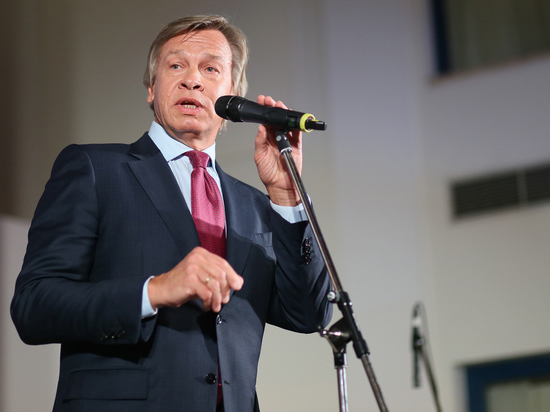 “There was an attempt by the West to bring the information battle to us here,” Alexey Pushkov said. “Through Internet platforms, through Deutsche Welle, through Voice of America,” through Radio Liberty (all the listed media are recognized in the Russian Federation as media-foreign agents, their websites are blocked in the country. – MK)”. But the attempt failed. The Russians, according to the senator, “disappointed in the Western media.”

However, it is too early to calm down, Pushkov believes: “After all, we are working in the limited space of Russia and some of the states adjacent to us.” According to the senator, it is necessary to increase the competitiveness of the Russian media on a global scale.

“I don’t quite understand why our leading agencies don’t work in English?” Pushkov wonders. “That would drastically increase our information presence in the world. This is a matter of state policy. recognized, historical, traditional, and so on: we give in Russian, if you want – translate. I believe that in the modern global world this is already an outdated approach.”

In addition, according to the senator, it is necessary to create “our English social networks. “We have enough people who speak English to become part of this global exchange of opinion,” Pushkov believes. “Our commission will promote this idea in every possible way.”

In this case, the appeal is not addressed to government agencies, the senator specified: “I do not call for hiring a team of bloggers who will [distribute] propaganda materials there.” On this front of the information war, according to the head of the commission, volunteers should fight – “those of our citizens who are interested in this, who want to influence world public opinion.”

However, even within the country, information problems are far from being resolved. In general, according to Pushkov, the Russian press takes the right political position: unlike the Western media, which “reflect the very liberal global world order that the West wants to establish,” our journalists create “a picture of the possibility of creating a non-Western world order.”

But far from all masters of pen and camera were able to overcome in themselves “the conceptual dependence on the West inherited from the 1990s and early 2000s.” Speaking about the Western system of concepts, the senator cited his recent dispute “with the ambassador of one of the EU countries” as an illustration, which convinced him that “the National Rally in France is the extreme right.”

The same system of coordinates adheres, Pushkov complains, and some representatives of the Russian press: “In our media, I sometimes hear that the extreme right [in elections] in France took second place”. Those expressions often describe the activities of similar parties in other European countries, including, for example, Italy and Germany.

According to Pushkov, those who act in this way, who “thoughtlessly reproduce” Western concepts and criteria, thereby play along with the liberal world. “This needs to be changed,” the senator is categorical.

Alexei Pushkov doesn't like “flirting with anglicisms” either: in most cases, English terms can be found equivalent. “We also have such a strange manner in the media – to write the names of foreign newspapers in English,” the senator continued. “Well, you can’t write The New York Times in Russian? What is it? Russian”.